Reweaving Our Relationship with Women, Native Peoples and Nature 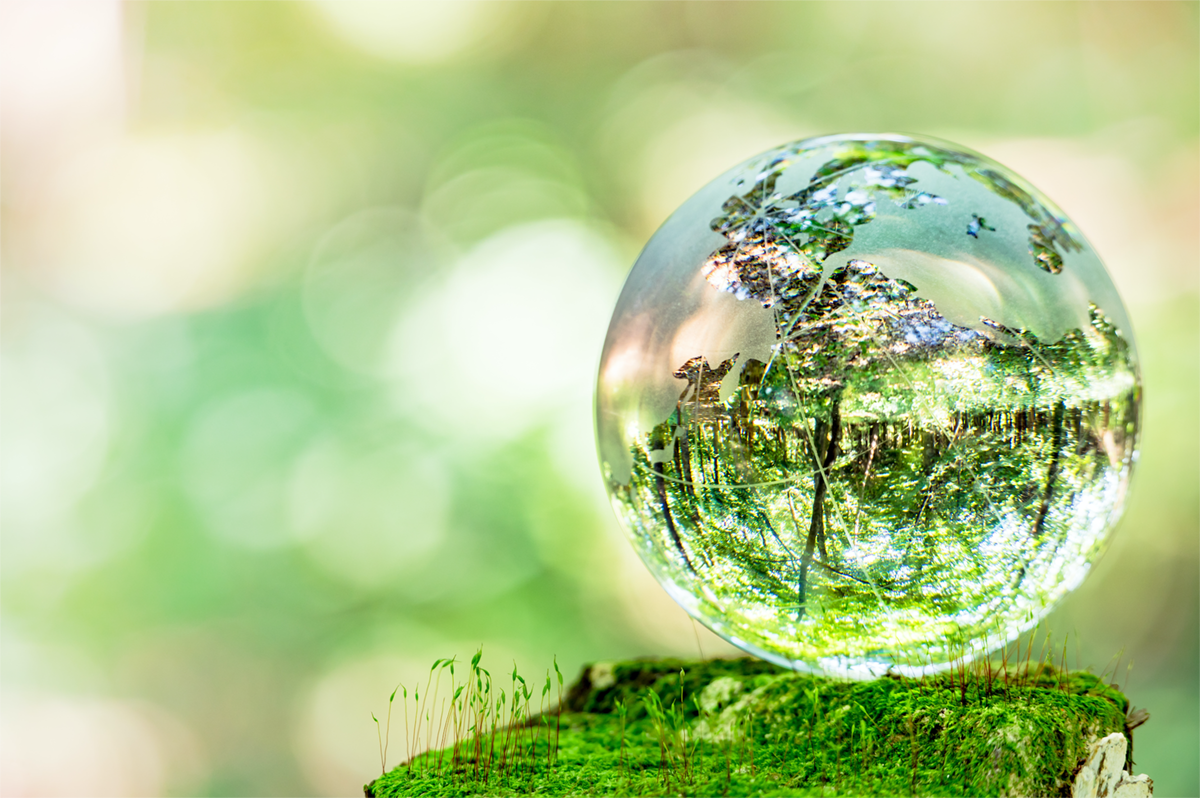 Living in the global urgency of a pandemic, climate change, and political corruption can make it hard for people to imagine a bright future. However, there are those who dare to envision more beyond our current state of affairs.

In this address from day two of the Bioneers 2020 Conference, Bioneers co-founder Nina Simons talks about the importance of women and Native leadership to illuminate a bold and ambitious vision we can share in together.

This spring, as the multiple systems that supposedly held us unraveled – and the full scope of the uncertainties we face sank in, the webs of connection to the people and places who I hold dear were what held me.

To tend to my heart, I’ve tried to accept and express waves of emotion as they arose, and paused inwardly to celebrate moments of progress, joy and breakthrough. Like the embodied moments of overwhelming relief as the results of our last presidential election emerged. I was awash with humility and gratitude for the women of color – the leaders, organizers, and their communities – whose skill, perseverance, leadership and drive deserve credit and our thankfulness for that outcome.

I’ve felt elated to see the immense global protests after George Floyd’s murder, and outraged by the bald-faced greed, criminality and accelerated destruction of immigrants and wildlands, incarcerated peoples, birds and waterways. I’ve savored the space at home to nourish Kenny and my personal partnership. To enjoy the stillness of no travel, and the beauty of the land that holds us.

To nourish my mind, I’ve deepened my learning about social healing, about historical cycles of disruptive change and pandemics. I’ve oriented myself towards a longer time perspective, recognizing that the scope of change we face will require a marathon from us all.

I’ve tried to understand the apparent insanity of our twisted remains of a culture, while cultivating an eagle’s eye long view. To care for my spirit, I’ve invited connection with ritual, nature and ancestors. My mother left this life last year, and when I ask her, she reminds me to live juicy, stay soft, create beauty and dance.

This year, what’s emerged most strongly for me is a profound and deepening commitment to the health, sovereignty, world-views, traditional ecological knowledge, healing and ally-ship with Indigenous peoples.

From Bioneers’ beginnings in 1990 in the Southwestern US, (and thanks to Kenny’s vision), our organization has been informed and guided by the voices, experience and wisdom of Native peoples.

In 1992, I heard Petuuche Gilbert, who was then a Governor at Acoma Pueblo, say in a panel of Indigenous elders about the anniversary of Columbus arriving at this land: “500 years ago you came, and we welcomed you with open arms. If you came again today, we would do the same.”

I was gobsmacked, as I felt the authenticity and truth of his words, though they seemed to contradict the history of violence I knew his people had endured. I began to understand then how much I might learn from Native peoples about how to be a human being.

Over these thirty years, I’m grateful to have learned from many Native mentors, board members and friends. Living in the land of the Pueblo peoples, I’ve experienced tribal ceremonies, feast days and the wealth of creative expression that emerges from the hearts, cultures and hands of so many First Peoples.

I’ve also begun learning about the serial and ongoing efforts at genocide, culture and language demolition, and forced sterilization and relocation that our government has inflicted on Indigenous peoples. I’ve learned how systematically and globally extractive industries have targeted Native lands and reservations for mining and drilling, and how destructive that’s been to their waterways and the man-camps to their women, damaging all the peoples’ health, cultural traditions, pillaging sacred sites and attempting to uproot languages.

I’ve witnessed the systemic sub-standard and inadequate health care, lack of fresh food and water, jobs and schools that plague many Native communities and create pre-existing conditions, all of which have rendered the COVID virus more deadly and destructive for them.

When the pandemic first hit, I was thankful to be a bridge for generosity and caring for some whose suffering from extremes of poverty, rural distance, poor health and intergenerational trauma was worsened by the virus.

Academics call it ‘pro-social’ behavior, acting to benefit another or others. I call it heart-centered leadership, and practicing right relations. When COVID19 began, an opportunity emerged to provide tangible support where it was greatly needed. A friend asked me where to give resources to support Native peoples (and especially elders) through the pandemic.

I met with my colleagues Cara Romero and Alexis Bunten, the gifted and committed leaders who co-direct Bioneers’ Indigeneity program, and we came up with a list of trusted allies and friends, focusing on the places we knew best and that we knew were hardest hit.

Then, our list attracted caring donors who gifted us some funds to distribute. Because of our abundant relationships, throughout Turtle Island and even globally, we were able to send checks – mostly directly, person-to-person, to support families in rural areas to access food and water, and to help protect elders and culture-bearers.

Alexis also attracted a grant from Google to gift tablets and ipads to some of the Native youth she works with, to aid in their home schooling. (Do you know that 40% of Native kids in this country don’t have access to technology or wifi for school or connecting?)

All of this adds up to a reality that few are aware of that we’ve got what’s sometimes been referred to as ‘third world conditions’ widely prevalent among Native communities throughout Turtle Island.

At the same time, I’ve seen that within this country are hundreds of sovereign nations that are immensely wealthy in cultural resources and traditional knowledge. Some of their languages, traditions and knowledge systems are held precariously by a scant few esteemed culture-bearers and elders. I’ve explored the wisdom of Traditional Ecological Knowledge or TEK, which are Indigenous ways of being in right and sacred relationship to the elements of life – to fire, land, air and water. For example, witnessing the skills of dryland agriculture, and of adapting seeds to survive through droughts, I’ve understood how vital they will be for all of us in the years ahead as the climate crisis worsens and Earth becomes hotter and dryer.

I know that any quest to learn to live in a regenerative way ecologically has to begin by learning respectfully from what our Native relatives have known for millennia.

I’m acutely aware of the need to remain culturally humble about how much I don’t know. Please understand – I’m mindful of the dangers of cultural appropriation, and I’m not aspiring to ‘nativism’ or any kind of white savior stuff or copy-cat environmentalism. My intent is to share my heart’s commitment in hopes that you may be sparked to join me in it. Thankfully, all of my previous callings coexist well with this one. As I’ve worked with diverse women visionaries and changemakers over these many years, it’s been the perseverance, truth-telling and unshakable stands of women from many of our most marginalized communities that have often inspired me the most.

And, as we turn toward rebalancing the deep feminine and masculine within ourselves, and in our organizations and our institutions, prioritizing connection over task or goal, leading from the heart, listening more than speaking, honoring the need for healthy cycles, and integrating our full humanity into our collaborations, we’ll be so much better able to sustain our efforts joyfully for the long work ahead.

To many Native peoples, nature is sacred and nothing is harvested without first receiving permission, and offering gratitude and reciprocity, or giving back. Mother Earth is seen as female, and there’s an understanding that what we’re doing to the Earth, we’re also doing to women, and vice versa. When I looked for an example of a society where women are honored and treated with equality, I found it in the Haudenosaunee, or Iroquois Six Nations. Seeing how respectfully women were treated in their confederacy inspired the US women’s suffrage movement which was launched in Seneca Falls, NY, in the early 1900s.

As Chief Oren Lyons, Faithkeeper for the Iroquois Six Nations, tells it: the Haudenosaunee were instructed by the peacemaker hundreds of years ago that – “since the Earth is female, the women will be in charge of the Earth, land, life and water. The men would be responsible for fire and energy, and the balance. The combination of male and female necessary to bring forth life was seen as fundamental, so great care was taken to maintain that balance.”

In their matrilineal culture, since the women are in charge of life, they raise the leaders and govern the families. The women select the chief, after observing the boy children from a very early age to see which of them has the qualities needed to lead the people. And the women of their longhouse have the authority to rescind the chief’s leadership, if he’s not doing a good job. Imagine if this country worked like that?

Thankfully, this year, with leadership from the Indigenous and Black women, young people and communities of color, perhaps we finally are beginning to head in that direction.

May we be bold, resolute, forthright and strategic,

Integrating the power of prayer, ceremony and ritual,

In demanding the systemic change and cultural repair

Our future vision, the climate and the health of the whole requires.

May we advocate for the voiceless among us,

For the finned, feathered and furred,

For the plant people and fruitful funghi

Whose voices we have yet to understand,

That their habitats and wildlands

May regenerate to shelter and renew them.

May we practice fierce compassion,

And help to heal our relationships with mother Earth,

With each other, and with all our living