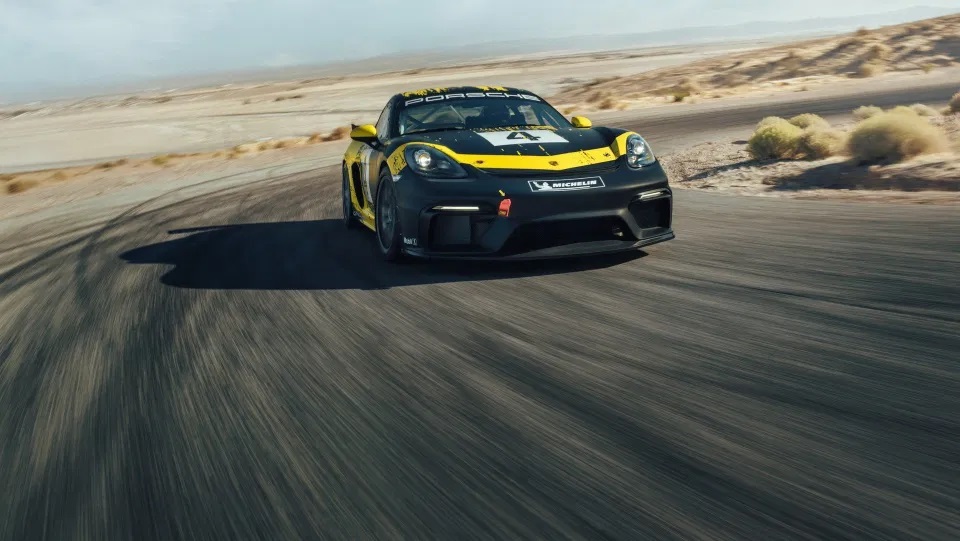 The new Porsche 718 Cayman GT4, the follow-up to the Cayman GT4 racer, is finally here! They have made it faster than the previous model and greener. Some components of the vehicle are made out of Flax and Hemp. They took flax and hemp fibers and arranged them to compose a similar pattern that one would find in components built from carbon fiber. It is the first ever race car to be made out of hemp. 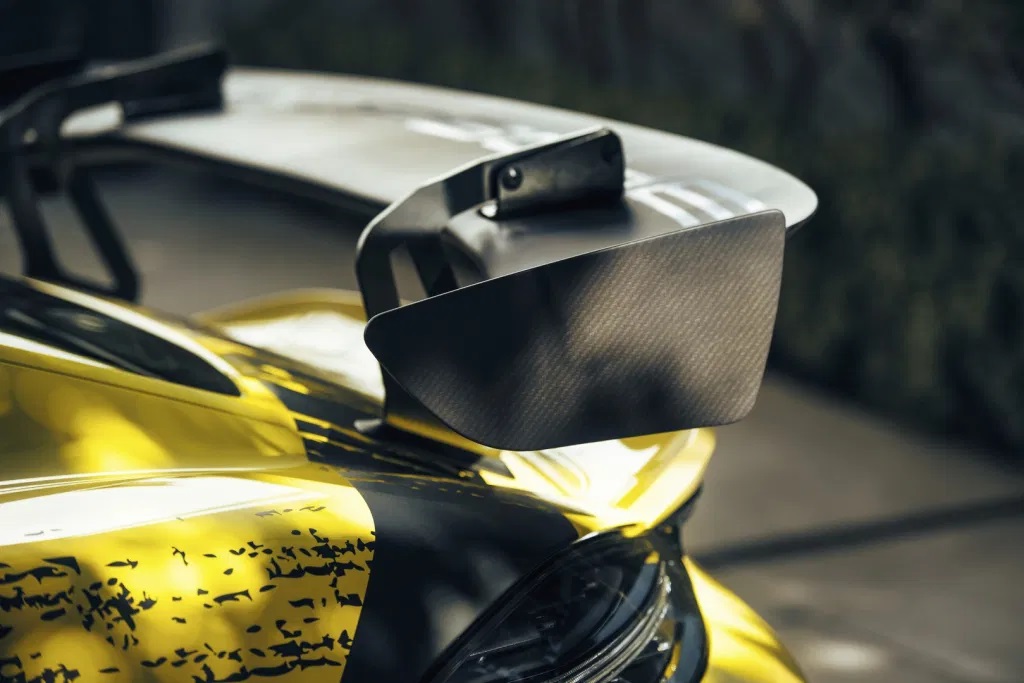 The material is a low-cost alternative to carbon fiber that is a lot better for the environment. Another one of the major environmental advantages is its biodegradability. They used this brilliant material in the new Clubsport’s doors and rear spoiler. Porsche describes it as a “natural-fiber composite material” which is made from an “organic fiber mix” sourced from agricultural byproducts such as flax or hemp fiber.

Agricultural byproducts like flax and hemp are great because they can achieve nearly the same rigidity as carbon fiber. Natural-fiber composites provide eco solutions for the creation of lightweight parts. The 718 Cayman GT4, with its hippie body panels and its single seat, for example, weighs just 1,320 kg (2,910 lbs). Plus, they are dramatically cheaper to use, produce, and cultivate. 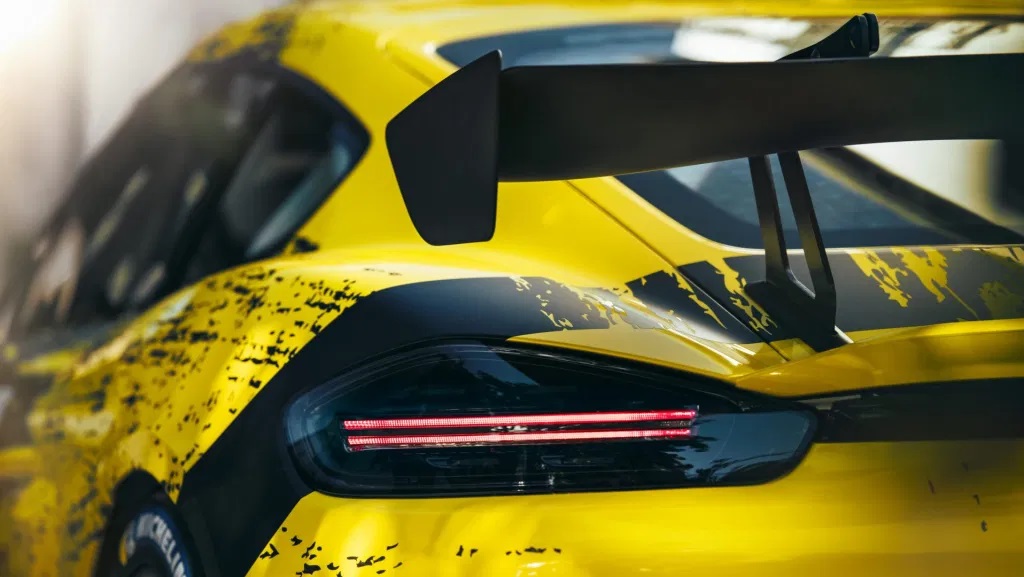 The only thing is, the material is not as strong as carbon fiber and if it takes on water it can swell. However, it is unlikely the new Cayman GT4 will be left in the rain for any appreciable amount of time since it is a track-only race car (not a street legal vehicle).

“By establishing its European Scientific Council, the European Confederation of Flax and Hemp [CELC] has been able to lay the foundation for a long-term R&D strategy, helped along by the remarkable properties of flax (of which Europe is the world’s leading producer) and guided by an industrialization process in which open innovation plays a prominent role. The result has been a set of solutions that are adapted to new applications, as dictated by market imperatives. This new reality has provided the opportunity to demonstrate that flax and hemp fibers are not limited to the role of a substitute for fossil resources. They can capitalize on their combined environmental benefits and exclusive mechanical properties.”

Top Speed lists some of the most important advantages over the carbon and glass fibers as follows: 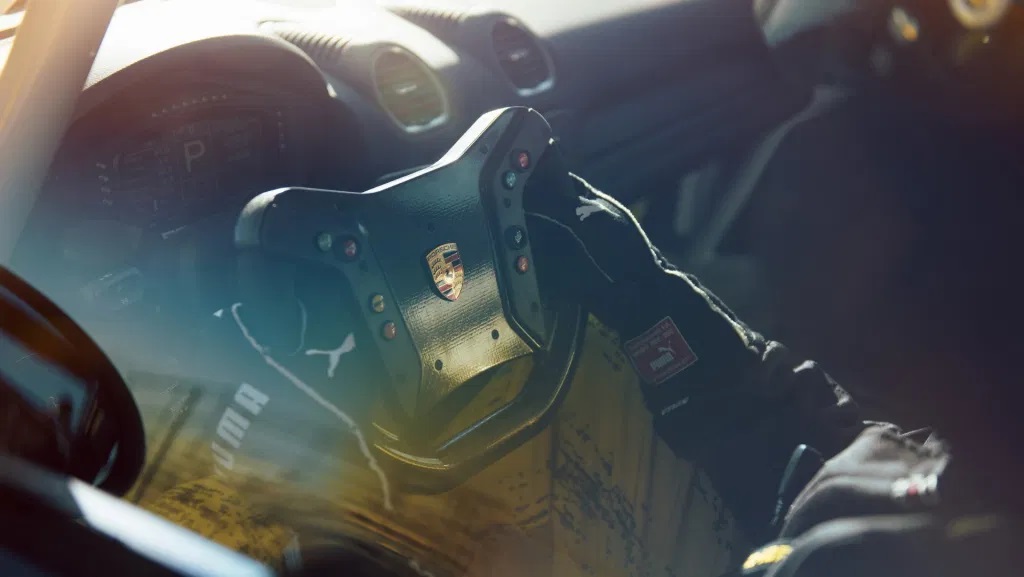 Aside from the hemp stats, Fritz Enzinger, Porsche’s head of motorsport, says:

“The new Porsche 718 Cayman GT4 Clubsport possesses significantly more racing genes than its successful predecessor. The power of the engine has increased considerably. At the same time, we were able to increase the downforce and cockpit is now even better suited to drivers’ needs.”

The Cayman GT4 comes in two versions: Trackday and Competition. Trackday is for amateur drivers that just want an expensive toy, while Competition is for professionals who plan to race this thing for real. The following lists are a few other features and things to know about the car.

In addition, you can get:

The Competition model comes with all of the above and these additional features: 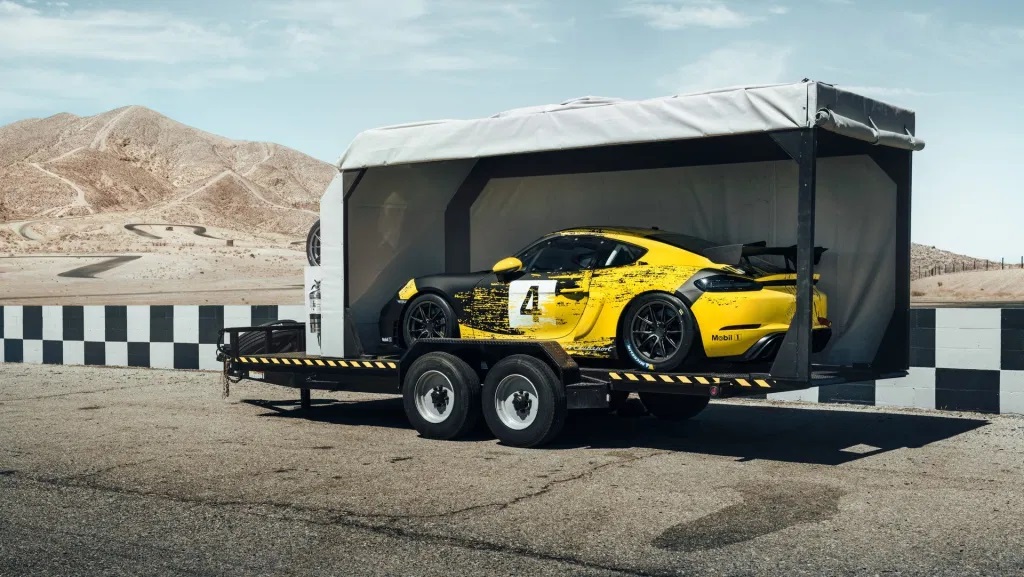 All in all, the fact that Porsche is using this material shows their commitment to the production of sustainable motorsport vehicles – something not many companies are actually utilizing to their full capacity.

The company says there are plans to make a street legal version of the 2019 Porsche 718 Cayman GT4 but it will not sport the 3.8-liter, six-cylinder engine like the Clubsport. A few other things may differ, but one thing is certain – hemp may just be the next major change in the industry and Porsche is already on board.

If you’re looking to buy one, consult your local laws before you import one of these things since hemp has a strange legal status in America right now.