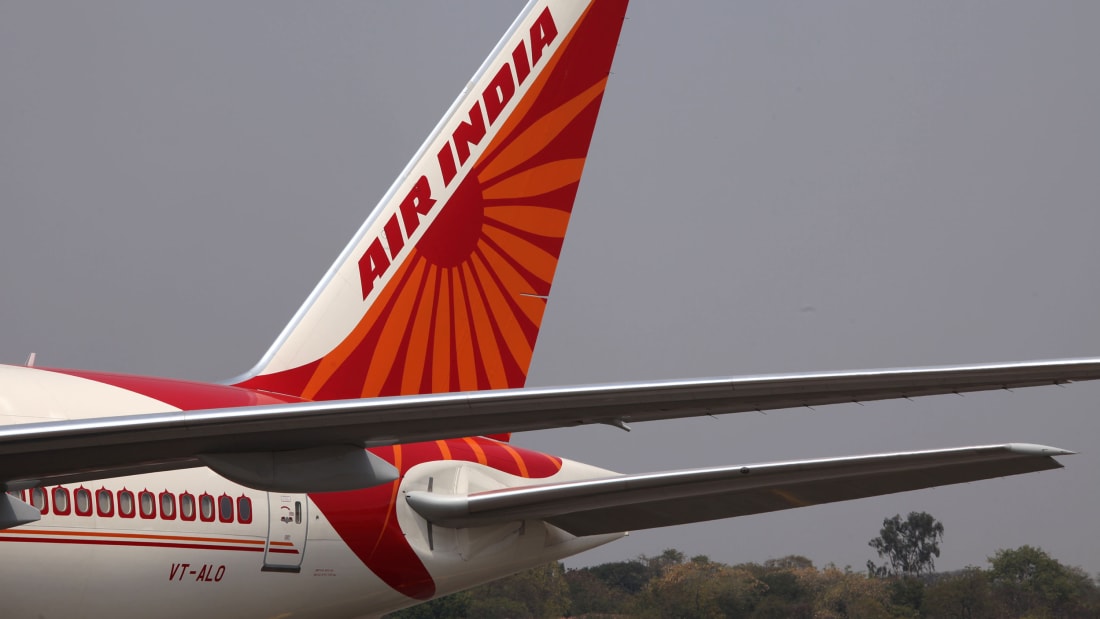 (CNN) — An all-female Indian pilot team made history this week, after they completed the longest non-stop commercial flight ever operated by an Indian national airline.
The team of four cockpit crew members from Air India completed the 17-hour-long flight on Monday according a statement released by the airline.
“We are India’s daughters who were given the opportunity to make this historic flight,” the commander of the flight, Captain Zoya Aggarwal, who flew the first leg of the flight, told CNN Travel. “We were able to create a new chapter in the Indian aviation history.”
“I’m extremely proud to be a part of this and I have been personally preparing for more than a year for this flight,” she said.

“The view from the North Pole is superb,” said her co-pilot, Captain Thanmei Papagari, who flew the second half, adding that as women, they “had a point to prove that we can do the job.”
They were joined by two first officers: Captain Akansha Sonaware and Captain Shivani Manhas.
Air India flight 176 — a Boeing 777 — departed from San Francisco on January 11, and arrived in Bengaluru, in southern India, on Monday at 3.07am India Standard Time (4.37pm ET), covering a distance of more than 8,600 miles, according to the statement.
It is also the first flight from South India to be connected directly with the United States, according to a statement from Kempegowda International Airport, Bengaluru (KIAB), where the flight landed.
“This is the first non-stop flight between Bengaluru and the United States, connecting the world’s two tech hubs and sister cities — the original Silicon Valley and the Silicon Valley of India,” the KIAB statement said.

“After graduating college, I was jobless for a very long time, as there were no jobs for women pilots,” said Aggarwal. “I used to teach young students who were aspiring pilots.”
Aggarwal, who has more than 10 years of experience, said that her parents initially opposed her becoming a pilot.
“When I initially told my parents I remember the tears in my mom’s eyes because I was expected to ‘walk in the shadow of men’ according to society,” said Aggarwal. “But I told my parents that this is what I want to do, and I broke away from the norms.”
Papagari said that “a lot of planning” went into the flight.
“Because we flew over the North Pole, there were varying factors involved,” she said. “This includes the weather, the solar radiation levels, and the availability of airports in case of a diversion.”

India’s Minister of Civil Aviation, Hardeep Puri, congratulated the team on their journey.
“In a moment to cherish & celebrate, women professionals of Indian civil aviation create history,” Puri tweeted on Monday. Heartiest Congratulations to Capt Zoya Aggarwal, Capt Papagari Thanmai, Capt Akansha Sonaware & Capt Shivani for flying over North Pole to land in Bengaluru from San Francisco.”
“[This flight] will create more opportunities for women,” said Papagari. “The idea of seeing aviation as a male-dominated field is reducing. We are being seen as pilots, there is no differentiation.”
India’s aviation sector heavily invests in training women to become pilots. About 12% of the country’s pilots are women — the highest percentage in the world, according to the Centre for Aviation.

That’s roughly three times the proportion in the US, where just 4% are women.
In 2017, Air India said it became the first airline to fly around the world with an all-female crew.
The Boeing 777 flew from New Delhi to San Francisco over the Pacific Ocean. The crew completed a mandatory rest period before flying over the Atlantic back to New Delhi, completing the round-the-world trip.