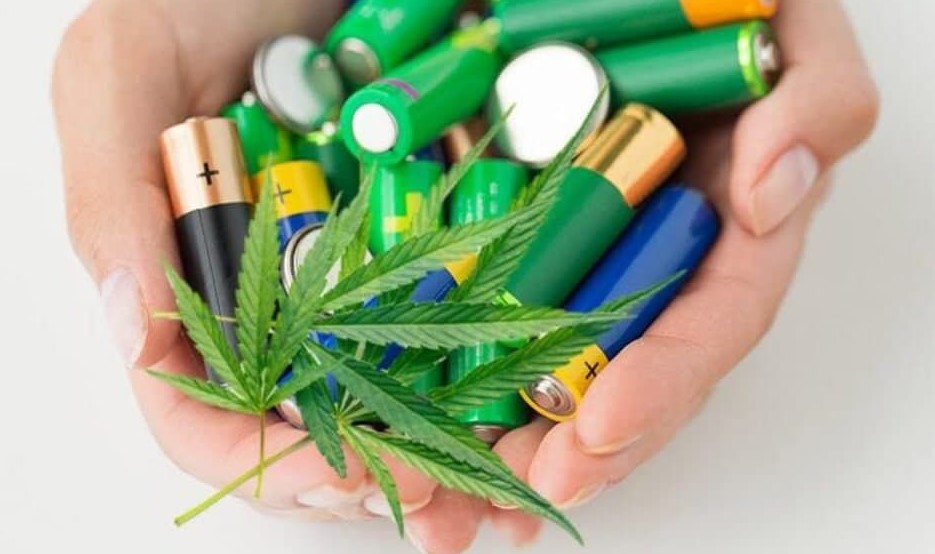 Henry Ford’s Model T was famously made partly from hemp bioplastic and powered by hemp biofuel. Now, with battery-powered vehicles starting to replace those that use combustion engines, it has been found that hemp batteries perform eight times better than lithium-ion. Is there anything that this criminally-underused plant can’t do?

The comparison has only been proven on a very small scale. (You weren’t expecting a Silicon Valley conglomerate to do something genuinely groundbreaking were you? They mainly just commercialise stuff that’s been invented or at least funded by the state.) But the results are extremely promising.

The experiment was conducted by Robert Murray Smith – who has built up quite a following on his YouTube channel – of FWG Ltd in Kent. He observed a Volts by Amps curve of both the hemp and lithium batteries and found that the power underneath the hemp cell was a value of 31 while that of the lithium cell had a value of just 4. Although he does not claim to have proven anything, he said that the results of his experiment showed that the performance of the hemp cell is “significantly better” than the lithium cell.

It comes as no real surprise, which is presumably why he conducted the experiment. In 2014, scientists in the US found that waste fibres – ‘shiv’ – from hemp crops can be transformed into “ultrafast” supercapacitors that are “better than graphene”. Graphene is a synthetic carbon material lighter than foil yet bulletproof, but it is prohibitively expensive to make. The hemp version isn’t just better, it costs one-thousandth of the price.

The scientists “cooked” leftover bast fibre – the inner bark of the plant that usually ends up in landfill – into carbon nanosheets in a process called hydrothermal synthesis. “People ask me: why hemp? I say, why not?” said Dr David Mitlin of Clarkson University, New York, in an interview with the BBC. “We’re making graphene-like materials for a thousandth of the price – and we’re doing it with waste.”

Dr Mitlin’s team recycled the fibres into supercapacitors, energy storage devices which are transforming the way electronics are powered. While conventional batteries store large reservoirs of energy and drip-feed it slowly, supercapacitors can rapidly discharge their entire load.

This makes them ideal in machines that require sharp bursts of power. In electric cars, for example, supercapacitors are used for regenerative braking. Releasing this torrent requires electrodes with high surface area, one of graphene’s many phenomenal properties.

Mitlin says that “you can do really interesting things with bio-waste”. With banana peels, for example, “you can turn them into a dense block of carbon – we call it pseudo-graphite – and that’s great for sodium-ion batteries. But if you look at hemp fibre its structure is the opposite – it makes sheets with high surface area – and that’s very conducive to supercapacitors.”

Once the bark has been cooked, “you dissolve the lignin and the semicellulose, and it leaves these carbon nanosheets – a pseudo-graphene structure”. By fabricating these sheets into electrodes and adding an ionic liquid as the electrolyte, his team made supercapacitors which operate at a broad range of temperatures and a high energy density.

Mitlin’s peer-reviewed journal paper ranks the device “on par with or better than commercial graphene-based devices”.

“They work down to 0C and display some of the best power-energy combinations reported in the literature for any carbon,” he adds. “For example, at a very high power density of 20 kW/kg (kilowatt per kilo) and temperatures of 20, 60, and 100C, the energy densities are 19, 34, and 40 Wh/kg (watt-hours per kilo) respectively.” Fully assembled, their energy density is 12 Wh/kg – which can be achieved at a charge time less than six seconds.

At the end of 2018, Texas-based electric motorcycle company Alternet announced that it was working with Mitlin to power motorbikes for its ReVolt Electric Motorbikes subsidiary.

So there you have it. If we already knew that there is no need to use the fossil fuels that are destroying the planet’s climate, because hemp biofuel provides a better alternative, we now know that there is no need to destroy the environment by mining for lithium and the materials that are used in batteries. We can literally grow technology. Hemp can save and power the world.