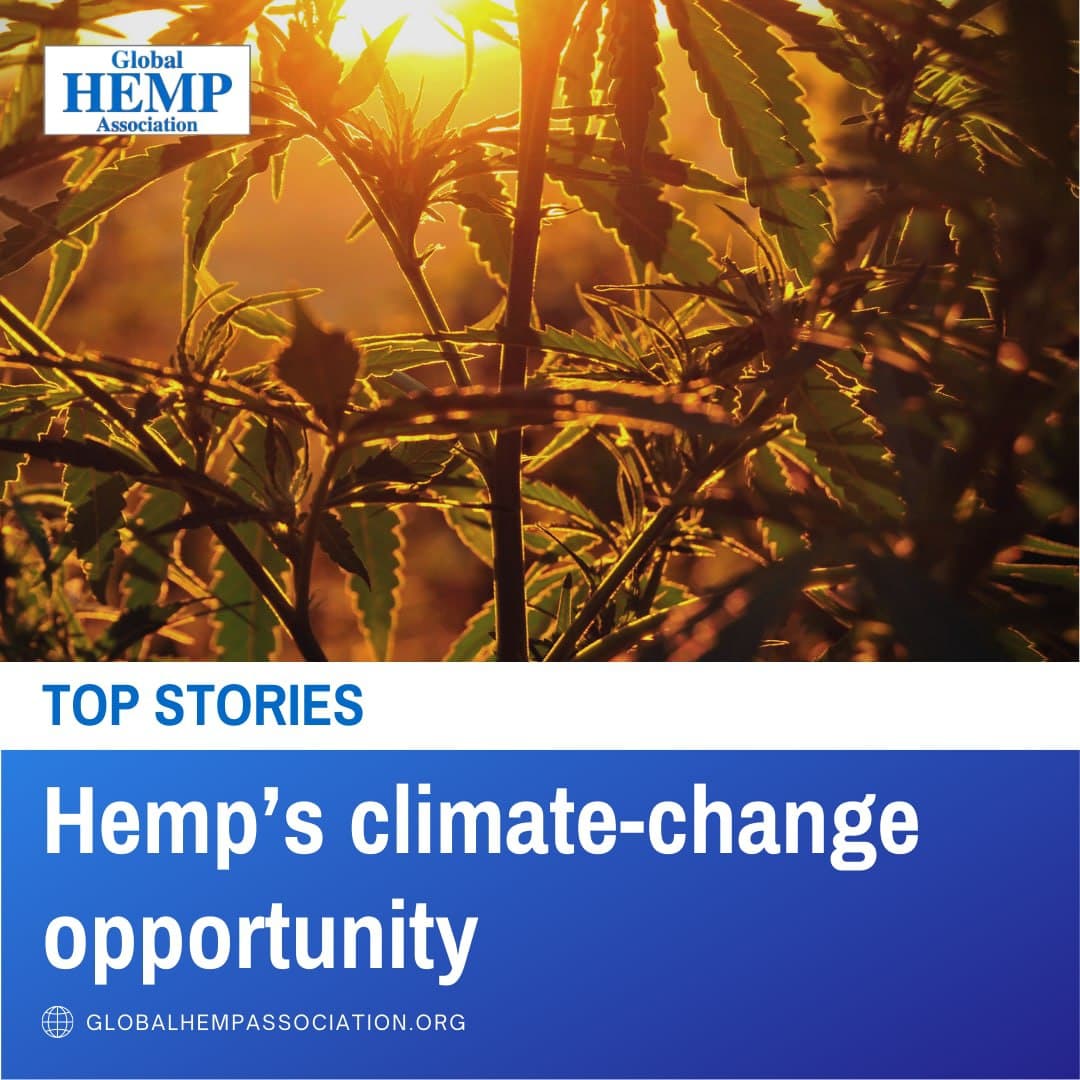 Everyone knows the planet’s changing temperatures are creating dramatic swings in weather that threaten our very survival. But global warming could also be the kind of problem that provides hemp companies with opportunities that former generations couldn’t imagine.

Corporate America has finally accepted what scientists have long been saying about climate change: Not only is it real, it threatens the livelihoods of billions of people who will have to adapt to a hotter Earth, fleeing scorched coastal areas for higher ground and creating the need for new housing and sources of food and fuel.

A couple of months ago, one of the most influential business groups in the United States, the Business Roundtable, made a policy change that didn’t make a lot of front pages amid a global pandemic and terrifying natural disasters.

The group endorsed putting a price on carbon, marking a seismic shift in businesses’ efforts to deal with global warming. Companies spanning every sector of the economy are shaking off decades of climate inaction and hostility and using market incentives such as a carbon tax or tradable emissions credits to fight climate change.

A move to tradable emissions credits is a win for hemp, a plant famed for taking carbon dioxide out of the atmosphere. Selling carbon credits would also offer a potential new revenue stream to hemp farmers facing falling wholesale prices for biomass and flower.

The stated goal of the Business Roundtable—a reduction of U.S. carbon emissions by at least 80% before 2050—isn’t more ambitious than what many big companies are already pledging to accomplish. But it represents the significant shift taking place: Businesses are setting aside disagreements about the costs of collective climate action and realizing that the cost of collective inaction will be much steeper.

The last time Congress attempted to set up a national emissions trading system, in 2010, the Business Roundtable was silent while groups such as the U.S. Chamber of Commerce and the National Association of Manufacturers lobbied to kill it.

This change comes just as the hemp industry is trying to establish a reliable supply chain for the very products that could help large corporations follow through on pledges to reduce carbon emissions.

“Carbon farming” isn’t the only way hemp could contribute. Hemp producers are standing by for well-financed backers to invest in the needed infrastructure to replace cotton, wood and plastic products with hemp components that could clean up long-established supply chains.

Already I see hemp pioneers flexing into this conversation. Recently, an executive from a legacy fashion brand bragged on social media about how her company was pioneering the search for more sustainable cotton. A hemp entrepreneur jumped right into her feed and said, “Good for you. But why cotton and not hemp?” and then left his contact information to discuss how his company could help the clothing brand do even better.

I love seeing ambitious hemp operators making sure this plant is front and center in conversations about climate change.

Seat at the Table

This year’s devastating wildfires on the West Coast and powerful hurricanes in the Gulf Coast destroyed some hemp crops just as they were nearing harvest.

So it’s important that the hemp industry raise its voice in the conversation about climate change. The industry is both a victim of climate change and part of the solution.

I can’t wait to see how this young industry asserts itself and shows older companies how the hemp plant can help us survive this mess we’ve made of the planet.

Kristen Nichols can be reached at kristen.nichols@hempindustrydaily.com