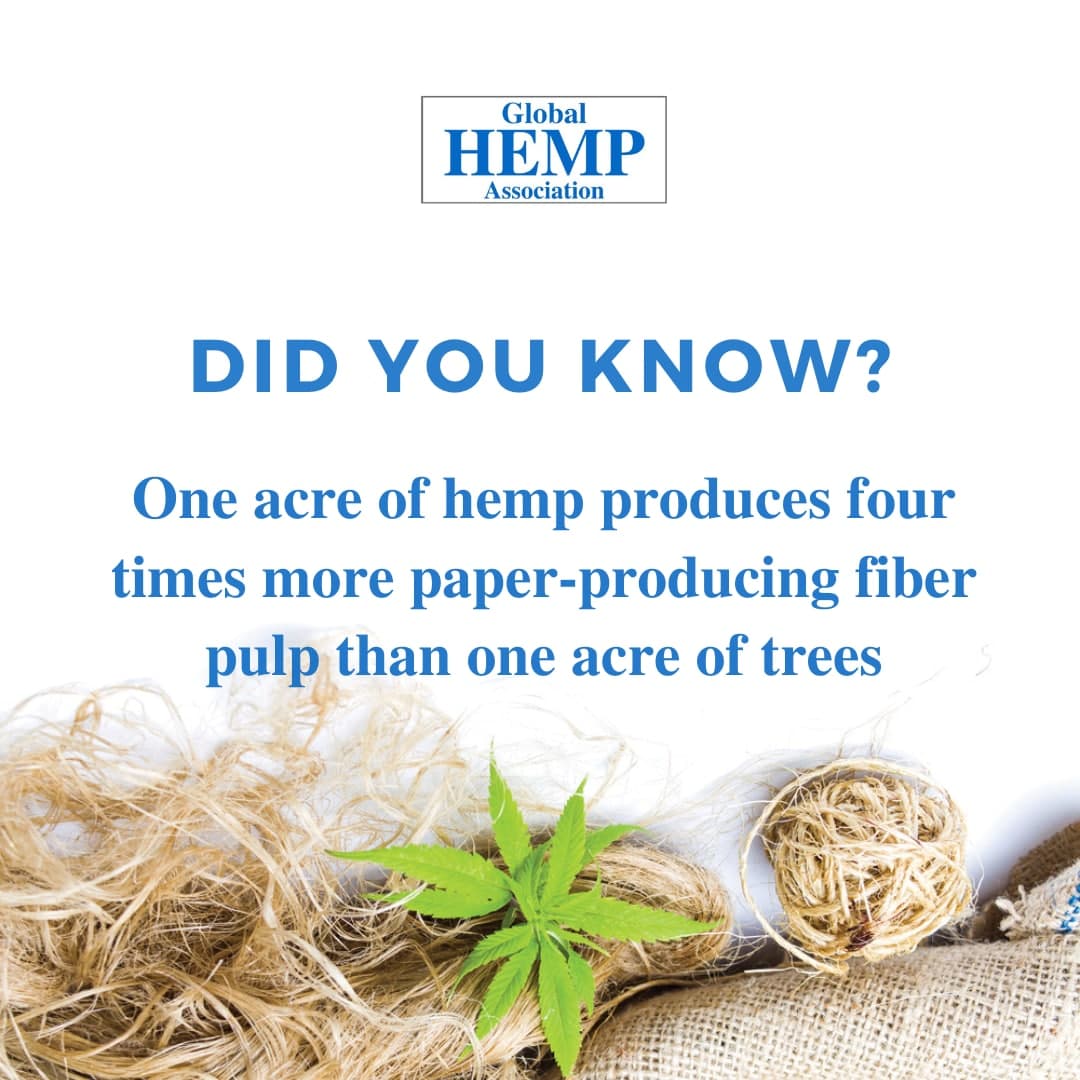 Hemp is an incredibly versatile plant. So what is hemp, exactly? How is it used? And why is it so popular? The nutrition benefits of hemp are seemingly as endless as its non-edible uses. From seed to stalk, the human race has been drumming up ways to use hemp for thousands of years. While the cannabis family of plants is best known for its psychoactive varietal, hemp refers to the industrial variety commonly cultivated for its seeds, stalks, fiber, and leaves.

From hemp nutrition value to hemp history, we’ll cover a lot of ground in revealing the incredible power and versatility of the hemp plant.

50– Hemp won’t get you high.  Amazing, really—considering it looks just like its sister, Mary Jane. They look so similar, in fact, that Idaho State Police  seized 7,000 pounds of federally legal industrial hemp from Colorado-based Big Sky Scientific earlier this year, mistaking the hemp shipment for marijuana.

49–Hemp seeds are technically nuts.  But how nuts? That is the question …

48 – Levi’s developed “cottonized” hemp in 2019. The company partnered with fiber specialists to create a sustainable process to soften hemp fibers. The finished product looks and feels like cotton. The innovation could transform the clothing industry in the coming years.

47– Hemp cultivation dates back 8,000 years to Mesopotamia  (modern-day Iran/Iraq/Turkey),  where it was woven into fabric. It is believed to be the first domestically-utilized plant. Some evidence suggests its cultivation reaches back even further, perhaps by another few thousand years.

46 – By weight, hemp seeds contain as much protein as beef.  Plus, it contains all 21 known amino acids, including the essentials that the human body can’t produce on its own. 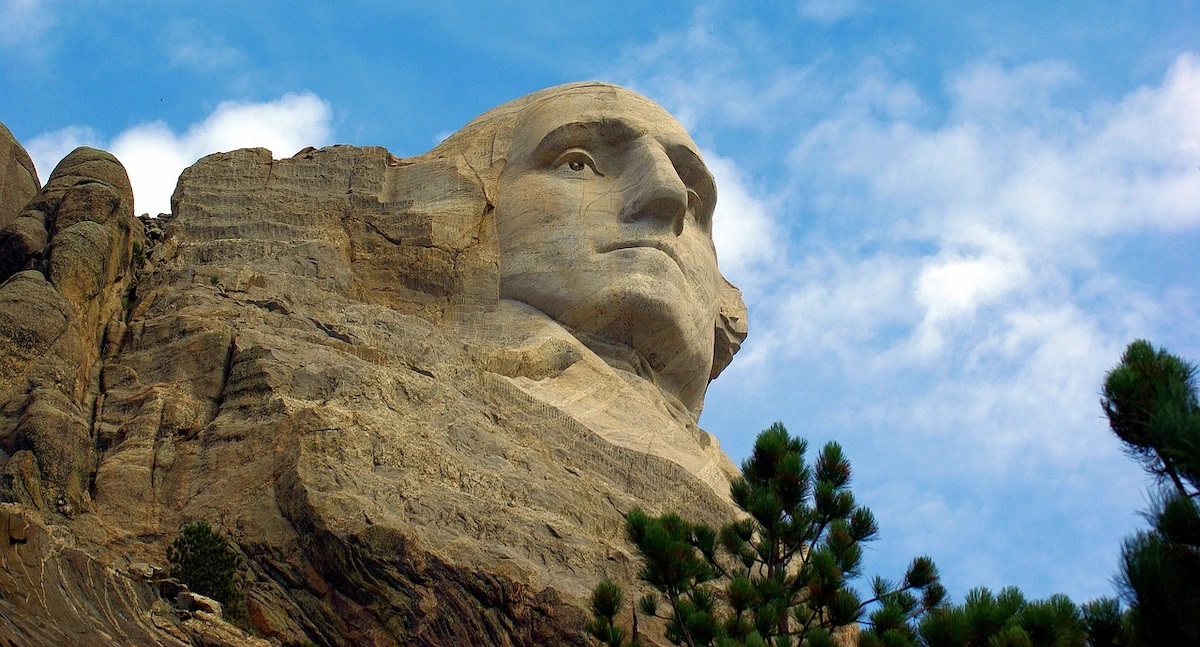 44 –  Hemp is legal in all 50 states.That means everyone in the fifty, nifty United States can now plant and enjoy this incredible plant.

43 – In 1619, it was mandatory to grow hemp. By royal decree, King James I ordered every property owner in Jamestown to grow 100 hemp plants for export.

42 – Hemp can be used to produce more than 25,000 products,  according to the North American Industrial Hemp Council. Can we do away with plastic now?

41 – Hemp necklaces were all the rage in the late 90s.  Sorry to remind you. But if you find one, please send it to our headquarters.

40 – In parts of the Americas, hemp was once used to pay taxes.  Pardon us, while we call our accountant.

39–Hemp can grow to be between 10 to 15 feet high, unlike marijuana plants, which grow to be shorter and wider.

38 – Hemp can be grown in nearly any climate and in varied types of soil. Hemp also helps purify the soil. It even kills certain kinds of weeds.

37 – Hemp paper is more durable than wood-based paper.  Hemp paper in museums is often free of any yellowing, even after being stored for hundreds of years.

36 – Hemp has the strongest and longest plant fiber in existence. It is resistant to abrasion and rot and has been used for military uniforms, baggage, parachute webbing, ship rigging, and more. 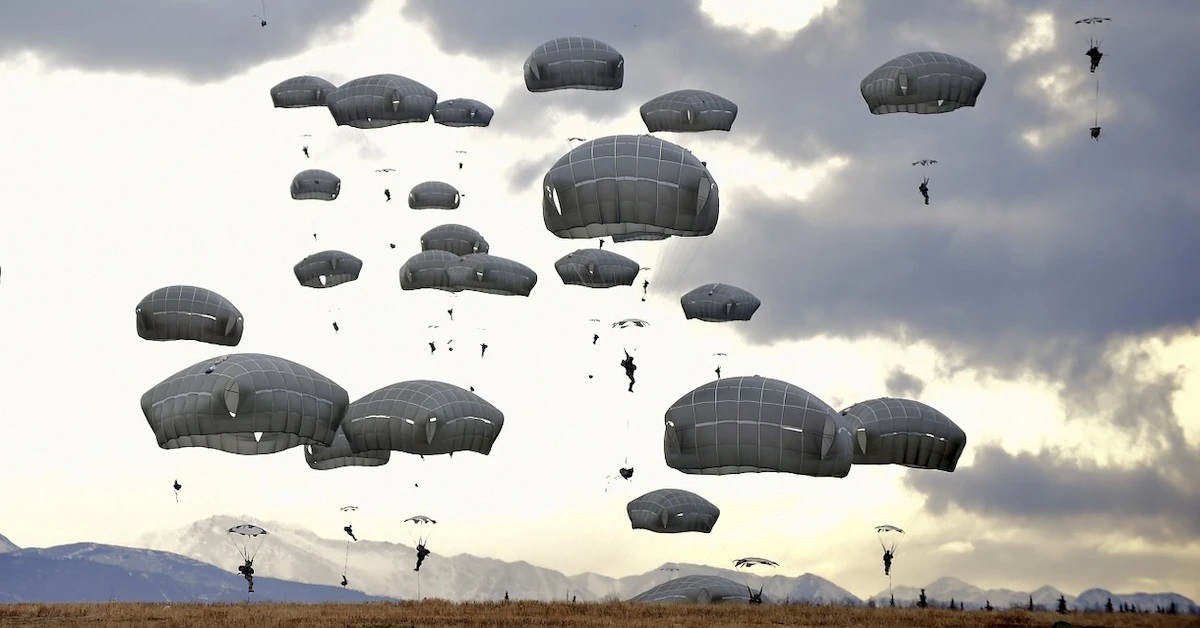 35 – Hemp can grow without the use of pesticides.  It’s just another reason why hemp is one of the most sustainable crops in the world.

34 – In 1941, Henry Ford of Ford Motor Company built a plastic car that ran on hemp and other plant-powered fuels. The fenders were also made of hemp.

33 – Hemp is a high-yield crop.  One acre of hemp produces four times more paper-producing fiber pulp than one acre of trees.

32 – Hemp can be made into a type of plant-powered concrete. Hemp is mixed with limestone and water to form “hempcrete” building material. It is around 1/9th the weight of standard concrete and acts as a vermin repellent and insulator.

31 – Hemp has a very short harvest cycle.  It can be planted and harvested in 120 days.

30 – Hemp fiber can be used to make everything from skateboard decks to stealth fighter bodies,  thanks to its next-level durability. 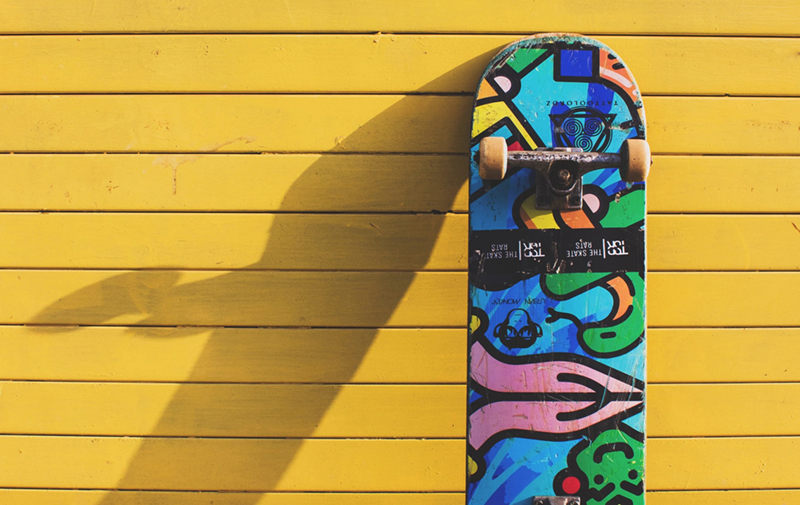 29 – In the 1800s, the state of Kentucky was responsible for half of the nation’s entire supply of hemp. The first crop was planted in the Bluegrass State in 1775.

28 – Over 100,000 acres of hemp were grown in the U.S. during WWII. In 1942, the U.S. Army teamed up with the Department of Agriculture to produce a film entitled, “Hemp for Victory,” which encouraged farmers to grow hemp for military supplies used in the fight against the Axis powers. The hemp was used for textiles and rope. All permits were canceled when the war ended.

27 – Hemp can eliminate toxins and radioactive materials. In the wake of the Chernobyl disaster, scientists planted hemp in contaminated soil. It removed chemicals and absorbed heavy metals better than any other plant.

26 – Hemp captures carbon emissions.  Hemp takes in high amounts of carbon dioxide. For every ton of hemp grown, 1.6 tons of carbon is removed from the atmosphere.

23 – The first American flags were allegedly made of hemp.  We’d fly that.

21 – Hemp hearts are good for your heart.  You heard us right. Eat some shelled hemp seeds every day—it may reduce your risk of heart disease, thanks to a high concentration of arginine and gamma-linolenic acid.

20 – China is the world’s biggest hemp producer.  Its hemp industry is valued at over $200M.

18 – Hemp is one of the most complete sources of vegetable nutrition in existence.  In fact, it is widely considered to be nutritionally superior to flax and chia seeds.

17 – Hemp is believed to be the oldest example of human industry.  There are references about hemp production in ancient Chinese texts, many thousands of years after it was first used in Mesopotamia.

16 – China is believed to have the longest continuous history of hemp production.  The Chinese have been growing and using hemp for over 6,000 years.

15 – While hemp played a huge role in North American development, cotton eventually overshadowed it.  The invention of the cotton gin made it much easier to process cotton.

14 – Hemp is resistant to saltwater.It’s no wonder that the Vikings loved hemp. Throughout history, it has been used to make sails and ship ropes. Hemp is also 3x stronger than cotton.

13 – Hemp could help save the bees.  Hemp is a great pollen source for bees, particularly those plants grown for seed and fiber. Hemp plants attract bees looking to collect food for larvae—especially late in the season. This could help declining honey bee populations. 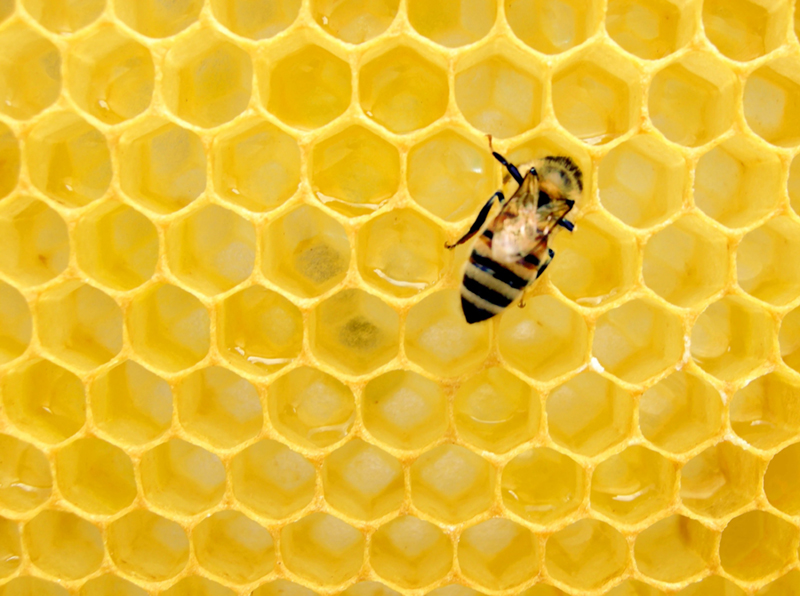 12 – Birds love hemp, too!  Migratory birds have been known to feed on hemp seeds.

11 – Hemp is loaded with magnesium, an essential nutrient the body can’t produce on its own.  It’s important for muscle recovery, mood, hydration, and even sleep quality. Magnesium also plays a role in keeping your heart healthy. 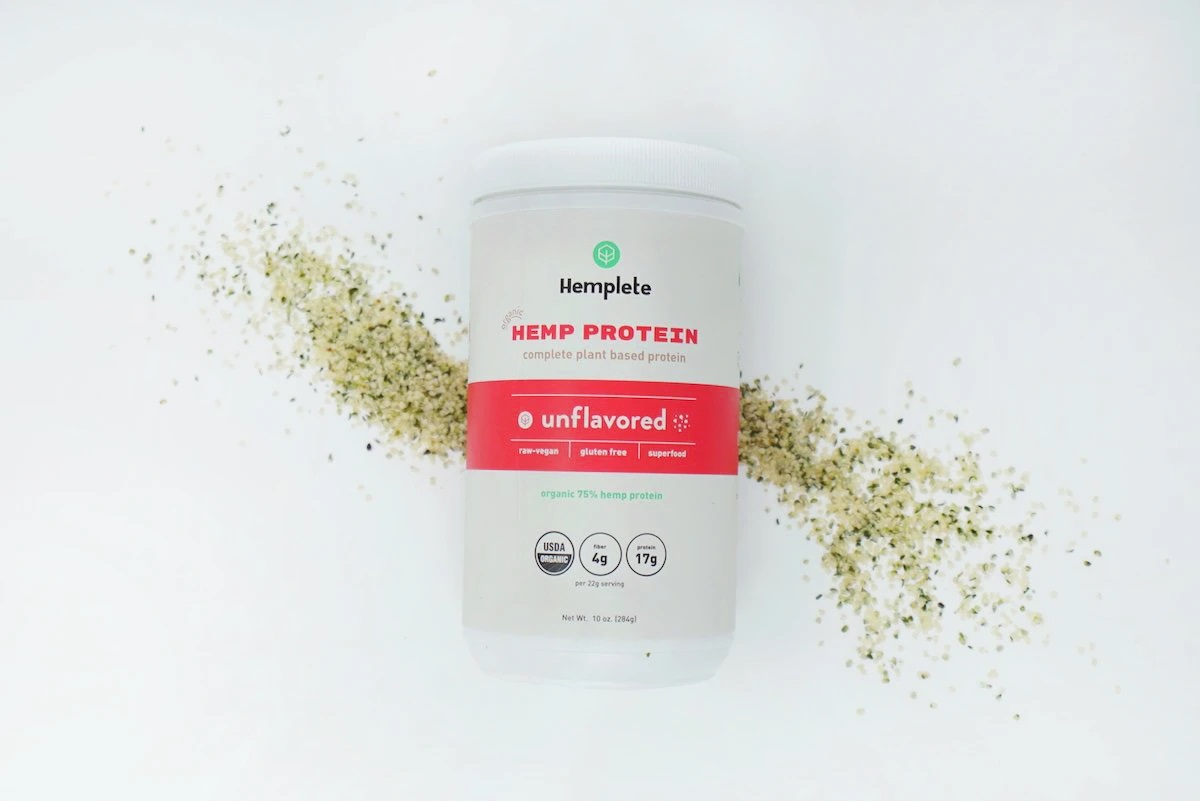 6 – Did we mention it doesn’t get you high?  You would have to eat a minimum of 1904.76 of our hemp protein bars to consume enough trace THC to get you high.

5 – Hemp seeds contain an ideal 3:1 ratio of omega-6 to omega-3.  These fatty acids assist the immune system and help fight inflammation. They also may help reduce the symptoms of skin diseases.

4 – In February of 1938, Popular Mechanics magazine named hemp the next billion-dollar crop.  See the next point to find out why that didn’t happen (or hasn’t happened yet).

3 – The U.S. government banned hemp to open the door for non-earth-friendly synthetics. Under pressure from lobbying synthetic textile companies (such as DuPont) and others, the government proposed prohibitive tax laws and levied an excise tax upon the nation’s many hemp dealers. The plant was ultimately banned altogether, temporarily closing the door on one of the most beneficial and historically significant plant-based materials in American history.

2 – The U.S. Constitution and the Declaration of Independence were written on hemp paper.  Say what?! We didn’t realize it was that official.

1 – When harvested correctly, hemp’s fiber is stronger than steel.  When you need something stronger than steel (and Superman), turn to hemp. Armed with carbon-capturing abilities, hemp just might be strong enough to help save the world.

BONUS: LEGO has plans to go green and use hemp plastic to produce their toy blocks. The change is expected to go into full effect by 2030. 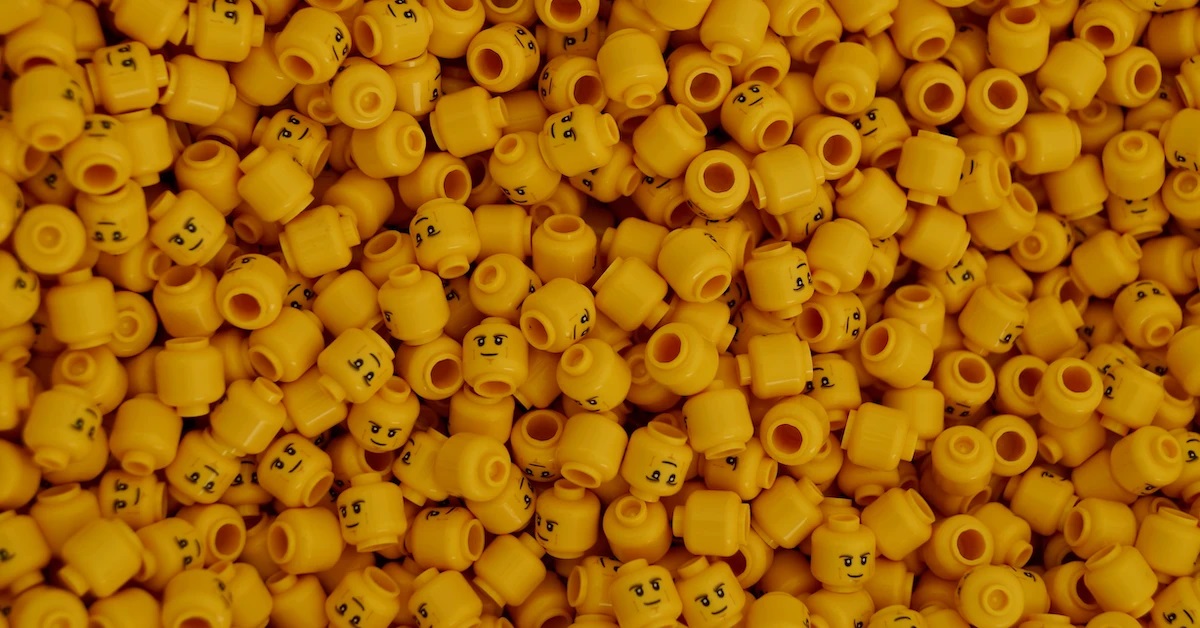 Which hemp fact was your favorite? Are you inspired by the history, versatility, and nutritional benefits of hemp? If so, join our newsletter we’ll dish out more information detailing the raw power of hemp, as well as the nutritional benefits of hemp protein.
source: https://hemplete.com/blogs/news/50-amazing-hemp-facts#:~:text=One%20acre%20of%20hemp%20produces,form%20%E2%80%9Chempcrete%E2%80%9D%20building%20material.