Reinventing the Future of Hemp Plastics 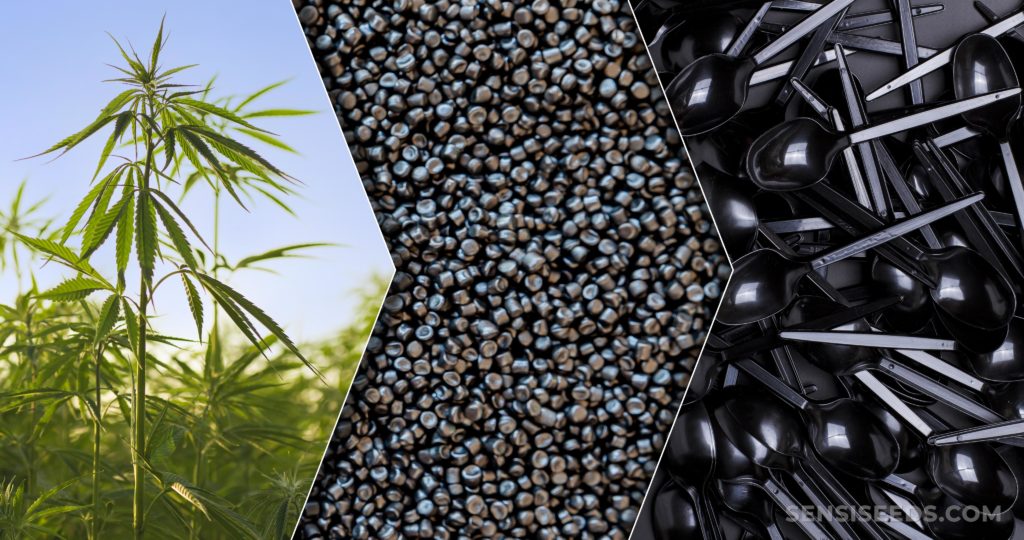 Each year, innovations in hemp plastic technology hit the market and many companies are incorporating hemp plastics into their products. Hemp is proving to be a clean alternative to the highly polluting plastics that are damaging our environment. There are various types of hemp plastic; here, we will briefly take you through how these plastics are produced.

Why is there a need for an alternative to plastics?

There is no doubt that we are experiencing a major environmental crisis that takes many forms. Human beings have followed a non-sustainable development model for which we are now suffering the consequences. The already perceptible change in climate, the significant loss of biodiversity and, of course, the pollution of the soil, the air and the seas are some examples of the damage we have caused to our environment.

Take our seas and oceans, for example, which we have turned into a gigantic repository of rubbish that threatens marine ecosystems. According to Greenpeace, every second more than 200 kilos of plastic are dumped into the world’s oceans and seas, which is equivalent to more than 8 million tonnes of plastic waste a year.

In addition, more than 1 million seabirds and over 100,000 marine mammals die annually because of the damage caused by plastic, chemical and oil waste to the marine environment. Although some of these residues, which accounts for 80% of all sea pollution, can degrade and disappear in just over six months, many others take several hundred years to do so.

Meanwhile, plastic waste, including “microplastics”, leaves a great deal of air, sea and land pollution. A team of scientists recently demonstrated that these microplastics are dispersed through the air and reach remote natural areas, with concentration levels similar to those found in large cities.

International governments and environmental organizations have already begun to act to stop this serious global ecological threat. However, the targets set in the various international agreements for 2030 and 2050 seem somewhat unattainable for many countries and regions.

We need urgent measures to stop plastic pollution, and each of us must try to do our part to innovate, change mentalities and respect the environment. Our lives and future depend on it.