All About Hemp Beer: The Dank Flavor Frontier 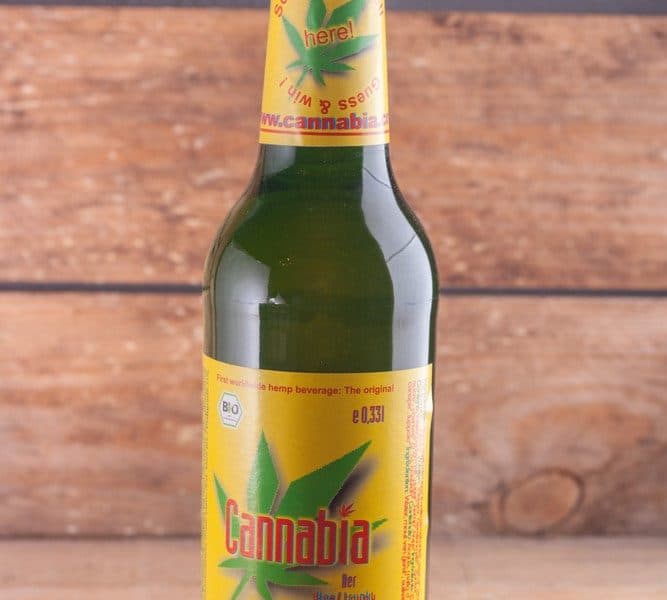 All About Hemp Beer: The Dank Flavor Frontier

Imagine it. You crack open a cold hemp beer on your back porch. You’re still sitting in your Adirondack chair, but that first sip says you’ve teleported to a Rolling Stones concert. It’s not your imagination. It’s a dank beer, infused with scents and flavors of America’s favorite herb.

For thousands of years, mankind has been obsessed with brewing. Millions of brewing recipes have been created throughout history, and people are always on the search for new frontiers in flavor. Today is no exception, and the legalization of hemp has positioned it as a possible ingredient for forward-thinking breweries.

Think of the last time you smelled a pungent IPA. It might not have been too different than the smell at the concert. Hops and cannabis share similar oils and compounds, and we’re starting to learn how well they go together in hemp beer. In this article, we’ll talk about what hemp beer is, where it’s legal, and who makes it today.

What is hemp beer?

Hemp beer is a beer that incorporates parts of the hemp plant into the flavoring process. It’s not actually brewed from hemp, it just uses natural oils from the plant to add complexity to the flavor. These natural oils are called terpenes, and many plants have them, including citrus fruits and pine trees. Terpenes are responsible for that “dank” aroma found in cannabis.

Enjoying a true hemp brew is legal in every state since it doesn’t contain any THC or CBD—substances which are federally controlled. However, states still have the power to oversee and approve or deny hemp beer recipes.

Let’s take a little step back to frame the situation. Hemp beer is made with hemp, a variety of the cannabis plant that is different from marijuana, another variety. The cannabis plant contains over 100 different compounds called cannabinoids. Most of these don’t have much effect on a person, but CBD and THC are two compounds that do.

CBD is becoming more popular for treating pain and certain conditions like epilepsy. It has a positive effect on the body’s nervous system, but it doesn’t cause a change in the state of mind. THC, on the other hand, does cause psychoactive effects.

According to the 2018 Farm Bill, hemp is any variety of the cannabis plant that contains less than 0.3% THC. That level of THC is too small to cause any psychoactive effects, and there are even strains of hemp with less than that amount.

Hemp beer is brewed so that the end product contains neither THC nor CBD. Beers that contain one or both of these compounds are not hemp beers and are only legal in a few states.

Does hemp beer get you high?

Since there isn’t any THC in hemp beer, it won’t get you high. It still has alcohol, though. Many hemp brews are also strong IPAs (or HPAs as New Belgium calls them). Even though the 2018 Farm Bill legalized the production of hemp, there are still other hoops to jump through.

New Belgium makes The Hemperor beer, and they had to deal with the Alcohol Tobacco Tax Trade Bureau (TTB) when formulating this beer. Hemp isn’t a usual ingredient for beer, so the TTB has to approve it for use in any new formula that a brewery might create—and that can be a long process.

Does hemp beer have CBD?

Hemp beer as it is defined today does not contain CBD. It only uses terpenes from the hemp plant to flavor the beer, and terpenes do not contain CBD. However, it is a little like the square vs rectangle problem.

Some CBD beers may be described as hemp beers even though they do have CBD. If you search for hemp beer online, you can come across beers with CBD and THC in them.

Those companies will clearly identify the cannabinoids in their products, and they will only be for sale in states where CBD or THC is legal.

Can hemp beer make you fail a drug test?

No. If you enjoy a true hemp beer, you won’t fail a drug test. Hemp beer does not contain THC, and that’s what a drug test screens for.

It all depends on the recipe. Hemp can be added to wheat ales, brown ales, IPAs, and more. It also depends on the strength of terpenes used and the strain of plant that it comes from. Generally, hemp seed terpenes add a “dank” and piney taste or aroma to a beer.

Hemp seeds can also be toasted to add a more herby flavor. As with many things, different people can have different experiences of hemp brews as well. 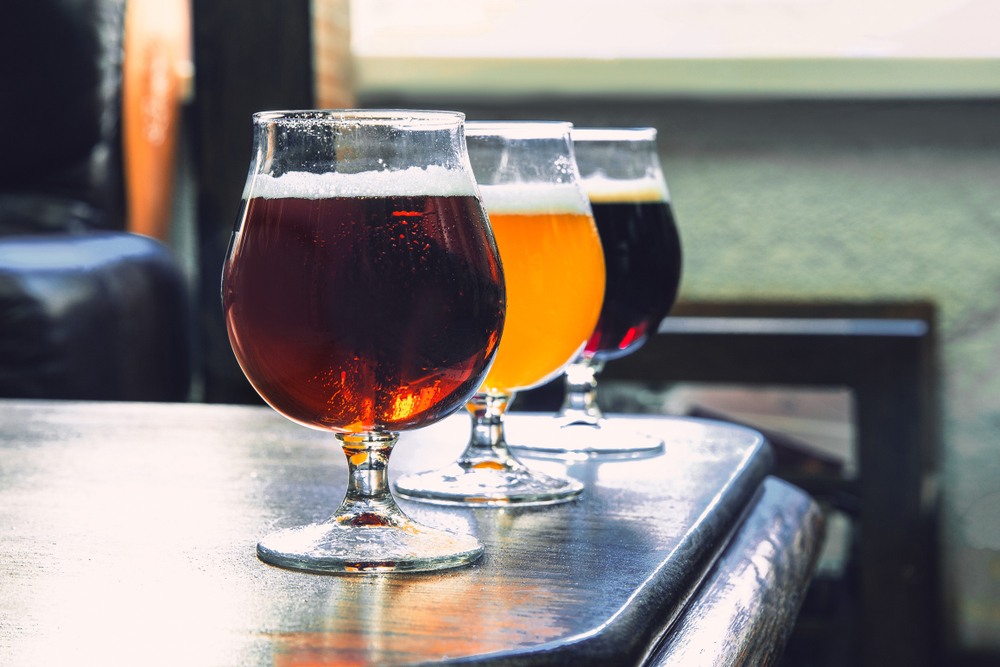 Hemp beers come in many varieties

Where can I get hemp beer?

Hemp beer that contains neither THC nor CBD is legal in all 50 states, though each brewery needs to get approved for sales on a state-by-state basis.

New Belgium’s Hemperor was the first hemp brew to go nationwide, though Kansas initially declined the company’s application. It wasn’t until early 2019 that Kansas gave the OK as the last state to approve the Hemperor.

If you’re abroad, there are a few other countries that produce hemp beer. South Africa, the UK, Spain, and Germany all have a version of their own cannabis beer, and other countries like Canada are on the way.

Cannabeer was Spain’s first hemp brew and was created by a Spanish microbrewery of the same name. It was created in 2013 and has won awards for the best hemp product in Barcelona and Malaga.

Atlanta has been home to Sweetwater Brewery since 1997, and today they have two different hemp beers on tap. The 420 Strain G13 IPA has terpenes specific to the G13 cannabis strain along with hemp flavor, and the 420 Strain Mango Kush is a wheat ale with mango strain terpenes.

Colorado is the perfect home for a hemp beer like New Belgium’s Hemperor. The brewery took two years to develop the right recipe for achieving a good cannabis aroma, using terpenes from the hearts of hemp seeds. It can be found in beer specialty stores as well as some stores like Target in various states.

KettleHouse Brewing Co is based in Missoula, Montana and offers another option for the hemp beer connoisseur. Their Fresh Bongwater Hemp Pale Ale is made with industrial hemp grown in Canada and caramel malts for a bit of sweetness.

No tour of cannabis products would be complete without a trip to the West Coast. The California-based Humboldt Brewing Company beckons hemp enthusiasts with their Hemp Ale.

Their recipe uses toasted hemp seeds to give the ale a familiar herby flavor. It also won an award at the Great International Beer & Cider Competition in 2014.

It’s believed that hops and hemp both came from the same plant about 27 million years ago. Today, they are considered two species in one family of Cannabaceae. That helps to explain why their flavors and aromas go so well together.

In recent history, Humboldt Brewing Co’s Hemp Ale was the first to use hemp as a flavor and aroma element in 2009. Since then, many breweries have followed suit, introducing their own recipes for capturing dank flavor and aroma in a beer. Some even infuse their beers with CBD or THC, depending on what state they are in.

Even though hemp is legal to produce under the recent law, marijuana is still illegal in many states. People in those states may not know that it’s possible to enjoy hemp beer without breaking the law (or their state may not have approved various breweries).

Because of this, hemp beer tends to be more popular in states where marijuana has been legalized already, like Colorado and states on the West Coast. It seems the general trend is for cannabis legislation that allows product growth, and we can expect to see more breweries introduce hemp beers in the future.