Could Hemp Fashion Be the Key to Fixing India’s Cotton Economy? 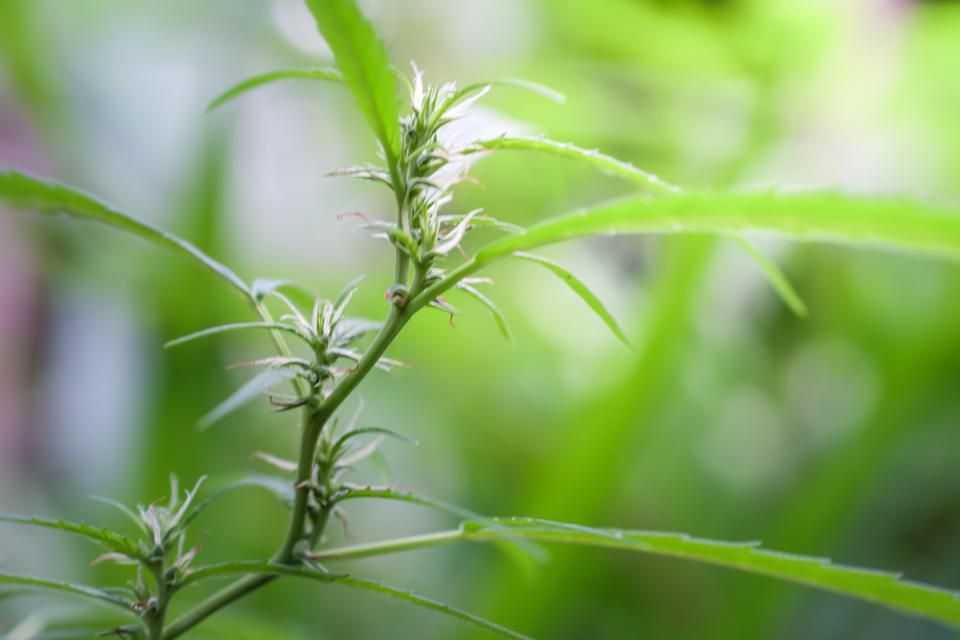 India is the world’s second largest exporter of cotton, but there are some big challenges: Modern conventional cotton cultivation relies on pesticides and herbicides which are improperly, excessively, and dangerously applied in underdeveloped countries, and might have contributed to the worldwide decline of insect populations. And then there is the suicide epidemic among poor cotton farmers. One study shows that small-scale cotton farmers who try to rain-feed their genetically modified cotton are more likely to be sucked into a cycle of debt and commit suicide.

For these and other reasons, social entrepreneurs are watching closely the emergence of another crop, industrial hemp. (Industrial hemp is low-THC cannabis sativa, as opposed to cannabis indica, for smoking).

Hemp has an astounding array of uses: clothing, paper, particleboard, molded plastics (you can find it in Mercedes and BMW cars), and even food (pick up a carton of protein and omega-rich hemp milk in Whole Foods). It’s stronger and more durable than cotton, and needs half as much water and land to grow. It only takes 90 days to mature for harvest – as opposed to nine months for cotton – so farmers can grow it twice a year and reduce the financial risk of crop failure. And it’s called a “sister plant,” growing so densely that it crowds out weeds without the help of herbicides.

Endemic to Central Asia, hemp was a part of Indian religious ceremony, culture, and lore for thousands of years. Under British rule, Indian hemp plantations were taxed and regulated, before hemp was classified as a narcotic in the 20th century. India succumbed to pressure from the United States’ international War on Drugs, and banned it outright in the 1980s.

Now, farmers gather feral hemp simply to create rope for tying up their livestock, to burn in the winter, or make a protein-rich chutney. India exports only .45% of the world’s supply of hemp, even less than the United States, at 2.4%. (The top exporters are The Netherlands, followed by China.) That’s because feral Indian hemp still has high levels of THC, making it technically illegal to cultivate and use.

But entrepreneurs like Ashoka Fellow Sanvar Oberoi and his colleagues are seeing new potential in the crop. Boheco, an organization Sanvar co-founded, wants to jumpstart the entire industry and in the process, help to chart a new course for India’s ecosystem and economy.  Founded in 2013 after a co-founder visited his family in west Australia and stumbled across a town whose economy was sustained by just hemp and grape cultivation, Boheco attracted angel funding in early 2016 and now has 17 employees.

“Farmers don’t yet know the economic value of hemp,” says co-founder Chirag Tekchandaney. “There is no organized cultivation that the countries sees. We’re trying to raise awareness around consumers, but also around how farmers groups can actually join us to grow this in the future.”

Bootstrapped for the first four years by its seven co-founders, Boheco secured an exception from the Indian government to work with research institutes and breed a consistent, low-THC, commercial-grade hemp strain that can be easily harvested using modern methods. They have India’s largest seed bank, with 150 varieties of seeds from all parts of the country, and have fielded inquiries from farmers across India who, together, represent a potential 25,000 acres of cultivation.

The organization is out to emulate the success story of basmati rice, a new strain of rice that arrived to market in 2004. “Now that’s the only rice that everyone eats, because it’s consistent and trusted,” Tekchandaney says. Boheco is hoping to secure the rights to commercialization of the hemp seed, but will open up their research to the public so that hemp companies and farms can proliferate across India.

As for developing the market, Boheco’s team is looking at a wide array of hyper-modern uses for hemp, including medicine and even nanotechnology. But it already wholesales a range of pure hemp and hemp blend textiles. Hemp fabric boasts some incredible properties: It’s the strongest natural fiber on the planet, 98% UV resistant, and repels bacteria and dust. Plus, there is now technology similar to that of processing paper that can turn hemp from a scratchy, stiff fiber into one as soft as cotton.

The first fashion collection by Boheco’s in-house fashion label unit, B Label, is where the hemp textile really shines. Called Sativa 188, it ranges from Western, Indian and fusion-style button down shirts for men, to work-appropriate blouses, off-the-shoulder ruffle tops, and shift dresses for women, all naturally dyed. Initially crisp, Boheco’s hemp fabric doesn’t need starching, but softens with every wash, improving over time. Most importantly, hemp fashion is also carbon negative, meaning it actually helps sequester more carbon in the soil than is released during its manufacture.

In addition, there is the B Label Handloom collection of wool and hemp blend stoles, which are handloomed by the Mandakini Women Weavers Co-operative in the Kedarnath valley of Uttarakhand. About 60 people are employed by B Label Handloom, including local men who harvest the wild hemp.

B Label is already for sale in some Indian stores, but starting October 25th, B Label’s online store will start selling the pieces internationally. You could be part of an agricultural, environmental, and fashion revolution in the making – and look sharp doing it.