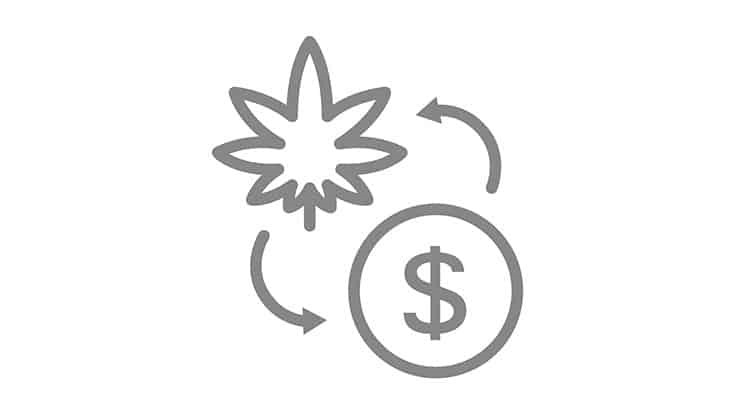 A task force is in the works to create a hemp checkoff program, which would pool funds from producers for promotion, education and research efforts.

It’s a question many have heard time and time again thanks to an iconic ad campaign paid for by the dairy industry’s checkoff program. Funded by a pool of money collected from dairy farmers’ sales, the national dairy checkoff program helped reinforce milk as an everyday food item, according to the U.S. Department of Agriculture (USDA).

Leading hemp organizations are hoping to recreate this promotional success story by establishing a checkoff program for hemp. Checkoff programs, overseen by the USDA, seek to expand commodity market opportunities through promotion, research and education efforts. They are funded through assessments of the commodity at the first point of sale.

The numbers are encouraging to the two organizations, which have decided to move forward with developing a task force to prepare a checkoff program proposal for the USDA.

“We’re really excited about this endeavor. This is a team effort,” said Patrick Atagi, the chairman of NIHC’s board of directors, during a press conference about the survey results. “The hemp industry really needs a checkoff, and the results we’re seeing say the industry overall agrees. The more we work together, the better.”

What the Industry Needs to Know

Because hemp as a commodity is still so novel in the U.S., the organizations see a checkoff program as an opportunity to help hemp – much like milk – become a household name, not only through consumer education but also through promotion.

The promotion element of checkoff programs isn’t intended to promote a single brand or even a single facet of the industry. The checkoff program would implement overall commodity promotion, from the benefits of consuming CBD and hempseed to the many uses of hemp fiber.

Atagi said there’s power in “consolidated, focused marketing within the industry versus 30 to 50 different brands trying to compete.”

“Hemp really needs to be promoted as hemp,” Atagi added.

Atagi and HIA President Rick Trojan said research efforts could include looking into hemp’s many end uses. It could also include cultivation research, particularly for examining and developing the proper cultivars needed for specific regions and end uses.

The organizations stress that they will not be involved in collecting or handling funds for the checkoff program. “What we’re doing now is just setting up the foundation and getting people interested and helping people become aware [of the program],” said HIA President Rick Trojan during the conference call.

Instead, the USDA’s secretary of agriculture will hand-pick a board of directors from those who contribute to the checkoff program. The board will be responsible for handling how funds are spent.

“The national checkoff board will be self-governed by those in the industry, and that’s the bottom line,” Atagi said.

One of the many questions the preliminary task force creating the USDA proposal will be responsible for answering is who exactly will participate in this program. It could be just for farmers or include processors as well.

For farmers, the funds for the program would be taken when they sell their raw hemp; if processors are involved, their funds would be collected when they sell their processed product. The task force will also be responsible for determining the exact amount that will be collected. This typically ranges from a fraction of a percent of sales to single-digit percentages.

Many USDA checkoff programs generally are mandatory, meaning whoever the task force decides to include will have to dish funds over to the program whether they support it or not. (There are exemptions for organic growers, who may choose whether they’d like to participate. Once the USDA approves the program, it may also write in an order exempting small growers, processors or manufacturers, says Larry Farnsworth, spokesperson for NIHC.)

Some elements of checkoff programs have caused rifts among other industries.

Atagi points to the hardwood industry, which attempted to launch a checkoff program around 2013. The industry had both large and small companies, and some of the major players didn’t want to contribute to a program that would benefit their competition when they already dominated the market.

Atagi, however, says because the market is so new, most companies in the space are on a relatively level playing field. “We have a very large number of people entering the space, but there is no 800-pound gorilla, so to speak,” Atagi says.

Checkoff programs have also had their share of controversies, says John Johnson, an NIHC board member and checkoff program expert. Checkoff program funds are not permitted for political lobbying efforts, but Johnson says he’s seen groups work through trade associations to maneuver around that limitation. Safeguards have since been implemented to prevent that from happening.

Checkoff programs also do not necessarily guarantee success for an industry. In the late 1980s, Johnson says the pork industry went through a major market crash that resulted in a flurry of bankruptcies. Many farmers at the time said the checkoff had failed them, when Johnson says it was simply a product of market conditions. “When you have many people going bankrupt, it really sours … something that’s supposed to be ‘rising tides lift all boats,’” Johnson says.

Still, history shows checkoff programs can play a major role in producing name recognition for commodities. In addition to its “Got Milk” campaign, the dairy checkoff program, for example, is responsible for bringing more flavored milk to grade school cafeterias. The program also funded partnerships with NFL teams for promotion and fast food companies such as McDonald’s to introduce new dairy products to their menus. (The dairy checkoff collects 15 cents per hundredweight of fluid milk produced at the farm level.)

Research also shows that checkoff programs are effective. A study in 2018 by Texas A&M found that the existing 23 checkoffs had a return on investment for farmers and ranchers ranging from $3-17 for every checkoff dollar invested.

Notably, Montana recently started a state hemp checkoff program, where 1% of sales are directed toward the fund. Montana’s checkoff programs are voluntary, and participants can receive a refund if they aren’t happy with how the money is being allocated.

What Will It Take to Implement?

Before a national checkoff program can be implemented, though, the USDA will need to receive the task force’s proposal on program details. That proposal will then be available for public comment, which will help the USDA determine whether to approve the program.

“There’s a lot of questions that need to be answered by the hemp industry before putting forward a formal proposal,” Johnson says. “It could take anywhere from 12-24 months to work through a variety of issues in order to formulate a carefully drafted proposal for USDA to answer all their questions.”

The proposal will need to include an industry analysis and profile, information about geographic distribution of hemp, justification of marketing problems that will be addressed by the checkoff, how much money the industry is trying to raise and more.

It will also need to answer more basic questions, such as: What are the educational issues facing the industry? How much would be allocated to each of the program’s three major components? How much would need to be collected from each participant to reach that budget?

The task force will include about 20 diverse representatives covering the whole industry, including large and small farmers, processors and those dealing in various different facets of hemp.

The organizations are aiming to pull the task force together by March.

“We want people with broad knowledge of the industry. We want constructive thinkers. We want a really constructive process,” Johnson says.