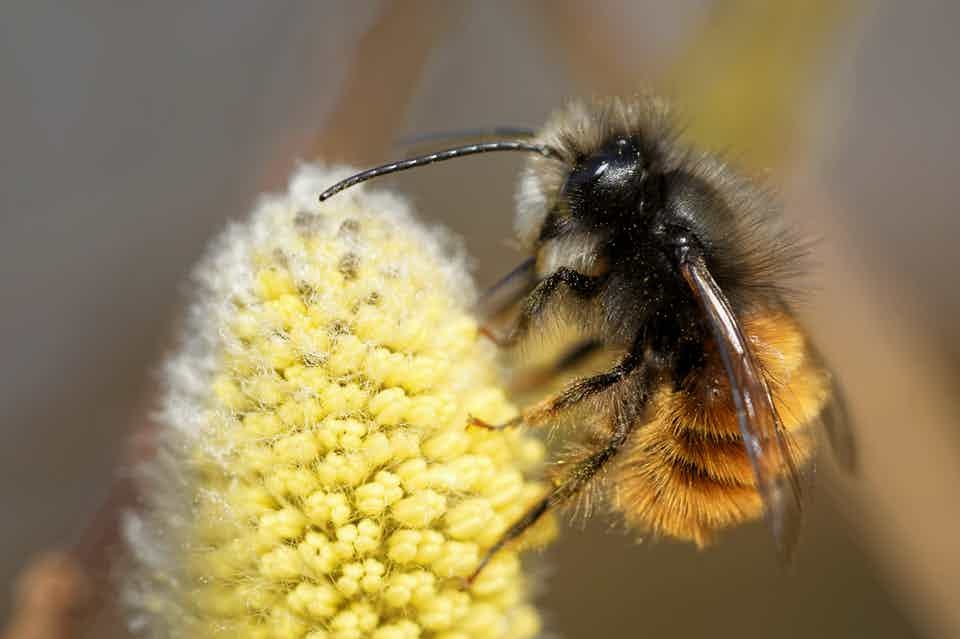 There are over 20,000 bee species and together they help pollinate more than 75% of the world’s leading food crops. Honeybees tend to hog the limelight, but few realise how important diversity is to this process. Having lots of different species of pollinating insects on farmland can lead to better crop yields, while crops attended by fewer species tend to set less fruit and produce fewer seeds.

For food systems to maintain a stable output each year, farms need pollinator numbers to remain stable too. But the abundance of these insects can fluctuate from one year to the next, so what’s needed to keep them relatively constant? With so much of the world’s food production dependent on the pollinating work of insects, this question is very important.

We wanted to find out more, so my colleagues and I researched 21 different crops across 12 countries. We looked at intensively managed almond, apple and pear orchards and oil seed rape fields in North America, South America and Europe. But we also studied less intensive mixed cropping systems growing aubergine, pumpkin and other gourds in India, as well as mangoes in South Africa, turnips in China and Kiwifruit and avocados in New Zealand. 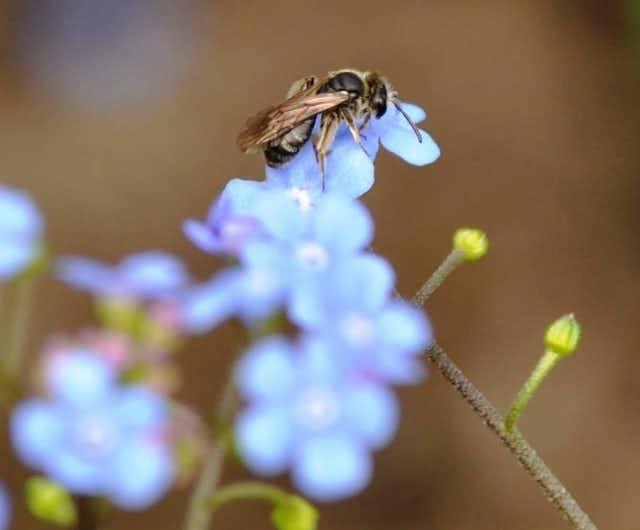 We found that more diverse communities of crop pollinating insects – comprised of a greater number of different species – had more stable numbers from one year to the next. If you imagine one field with 100 bees belonging to just two species, and another field with 100 bees made up of ten species, the latter is more likely to keep stable pollinator numbers over time.

A pollinator insurance policy
Providing ample opportunities for a diverse range of insects to nest and forage on farms over long periods of time could make pollinator communities more diverse and abundant. It may help keep pollination stable over several years too. That could mean mowing grass or pruning hedgerows less often and planting wildflower strips alongside crops. Since many pollinators, particularly bees, nest in soil, allowing room for bare ground and dead wood and limiting the use of agrochemicals could also make farmland habitats more attractive to a wide range of species. 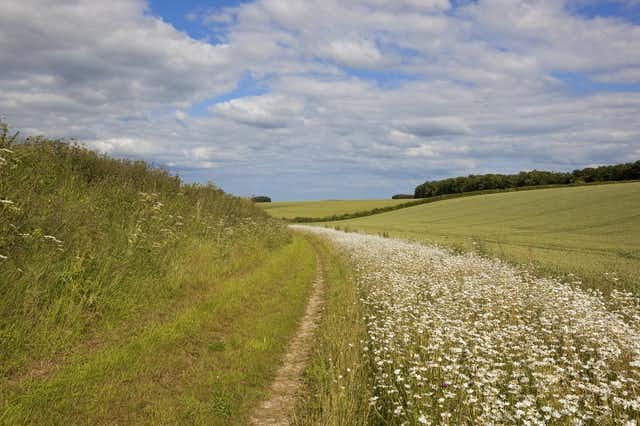 We also found that if a particular species of solitary bee, bumblebee or honeybee was the most numerous on a patch of farmland throughout all the years of the study, the overall number of pollinators was more stable too. A previous study found that a small minority of dominant species often carries out the majority of crop pollination.

So, a short-term fix might be supporting the same dominant species from one year to the next. This could be achieved using managed pollinators, such as honeybees or bumblebees. But this isn’t a sustainable solution. In the long term, farms with just a handful of pollinator species should focus on boosting the diversity of their pollinator community. 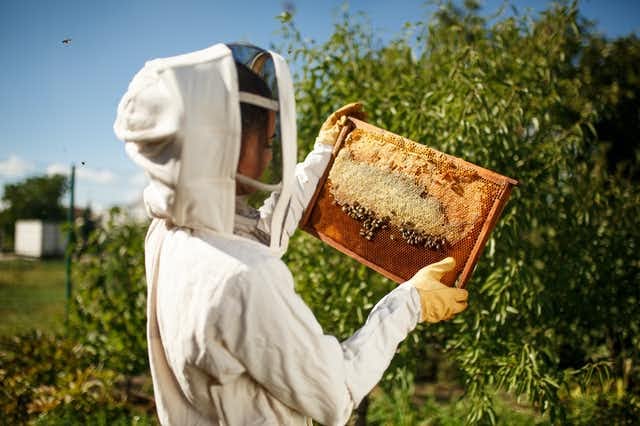 While a few dominant species play an important role in pollinating crops at present, rebuilding the diversity of wild pollinators offers insurance against future changes in the environment. If one dominant pollinator struggled to cope with rising temperatures or a disease outbreak, a diverse community of other species could take over and prevent a collapse in crop pollination.